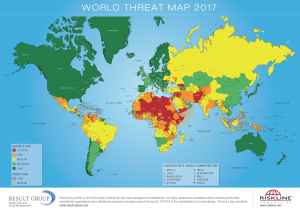 Exemplary for the world’s dynamic development, Result Group’s experts compared their company-own World Threat Map from 2014 with the one for 2017, drawing special attention to the continent of Africa where the overall safety situation significantly deteriorated in the last four years.

Due to Islamic terrorism, internal and interstate conflicts, but also in consequence of climatic changes the derogation of the domestic safety situation became an issue in many cases. Weak governmental assertiveness in partially high-grade corrupt systems contradict an increasingly aggravated attitude of governmental authority, leading time and again to effects, that concern companies with premises on this continent as well as traveling employees.
Therefore Africa still remains to be an ample challenge for the economy, while at the same time the continent is experiencing the fastest growth rate. 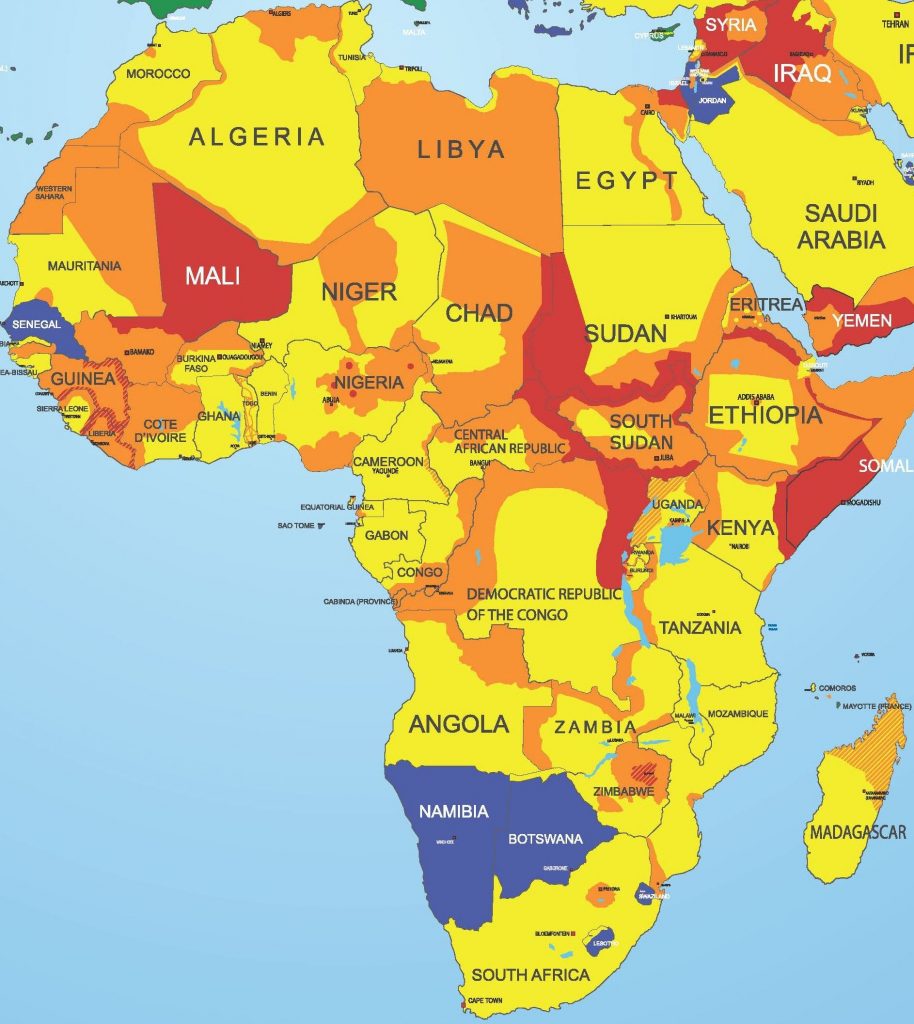 Result Group GmbH is one of the world‘s leading risk and crisis management consultancies. Our highly experienced consultants advise national governments, international organisations and multinational companies, including many of the world’s TOP 500, in the neutralization of criminal attacks, 24 hours a day, worldwide.

In order to adequately take care, companies conducting business activities in Africa are advised to implement safety precautions to properly react to dangerous situations. With integral and preventative concepts for risk mitigation or reactive crisis management, Result Group GmbH enables to create a safe environment for the deployment of employees and business abroad. Via a country information system clients receive detailed information regarding country specific risks and current news to safety and security related issues.